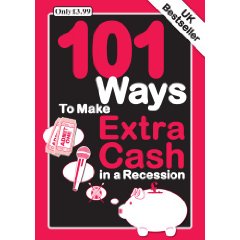 2 Thoughts on “Small Increases in Income Make a Big Difference!”